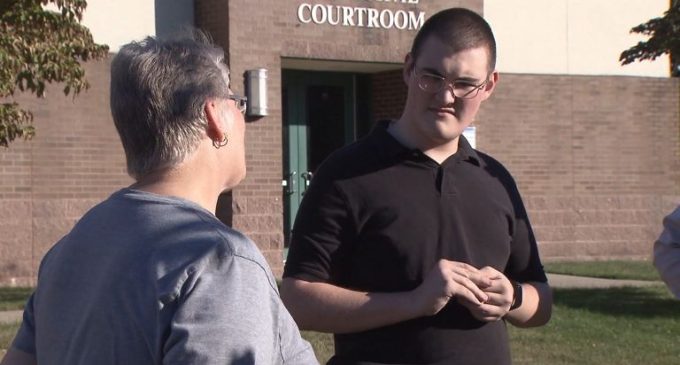 We have reached the point where even talking about guns in an academic setting is enough to get you labeled crazy.

This is not hyperbole: Frank Harvey found himself reprimanded by his school and referred for psychiatric evaluation after administrators discovered an anti-gun control presentation on his thumb drive. Not only that but police were called in to question Harvey, as if he were planning an act of terror.

Learn more on the next page + see the student's project: