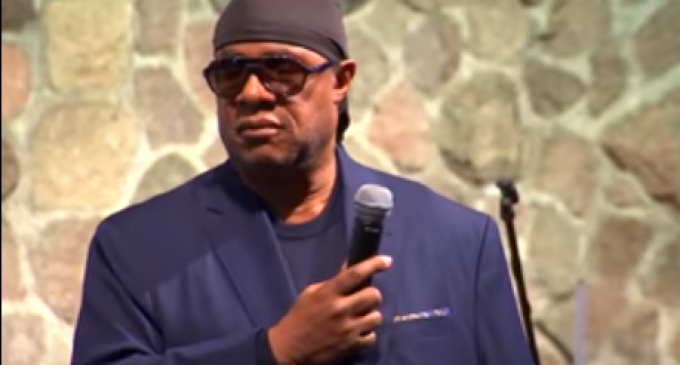 Another Hollywood celebrity decided to make a political statement this week — something that is sure to make anyone with sense cringe in anticipation. This time, the person was Stevie Wonder, the message was about Black Lives Matter, and the content was… surprisingly thoughtful.

Wonder's message uses unrevolutionary logic but is surprising because so few celebs seem to have any logic left after Trump's election. While Wonder is making sense, his words will undoubtedly be overshadowed by the likes of Johnny Depp, who told an audience this week that “maybe it's time” that “an actor assassinated a president.”

And maybe it's right that Depp's inflammatory words get more coverage. These Hollywood-types need to be exposed for the hateful extremists that they are. But that doesn't mean we should ignore the good messages from celebrities, particularly when they involve controversial topics like Black Lives Matter.

See what Stevie Wonder had to say about hypocrites within the Black Lives Matter movement on the next page: