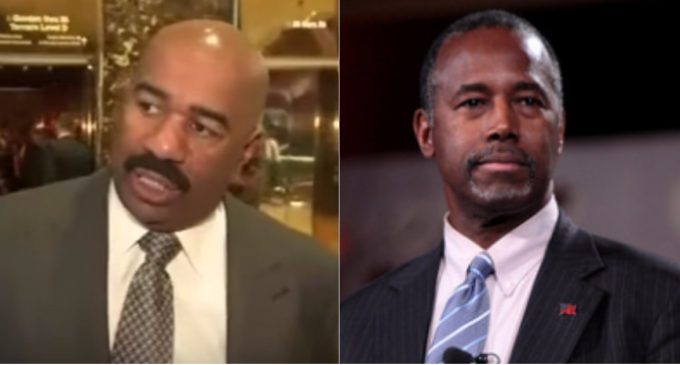 TV host Steve Harvey is trying to make America’s inner-cities great with the help of Secretary of Housing and Urban Development Ben Carson — but the comedian is receiving push back for a ridiculous reason.

Harvey’s involvement with HUD may seem odd at first, but the pairing was a result of one of the early days of Trump’s transition efforts. Those days at Trump Tower saw several celebrities and big-name celebrities coming through the revolving doors hoping to get the president elect’s ear.

While many — including Kanye West — managed to make a connection with the president, few moved forward with any roles with the administration.

But Harvey did. And, of course, the backlash was immediate. Despite his noble efforts to elevate many in the black community, some people didn’t like the fact that he dared to team up with Trump at all.

See what Harvey said about the reaction on the next page: