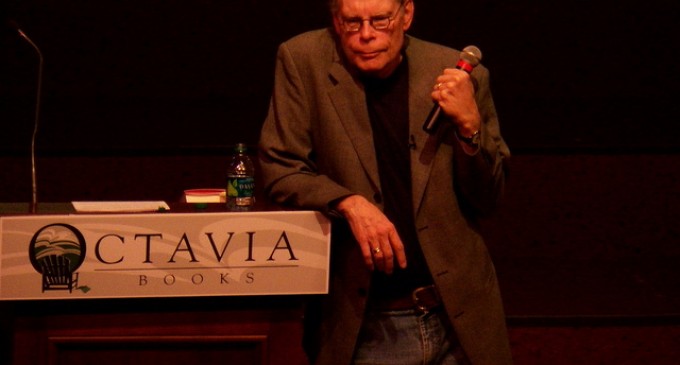 Stephen King is joining the ever-growing list of Hollywood celebrities who are disgusted by the average Americans who elected Donald Trump in the Republican primary — but he's focusing his attacks on one kind of voter in particular.

Big Hollywood has a long history and reputation for condescension, but no single event seems to have united the liberal town's most vocal activists like the rise of Trump. They seem perfectly happy alienating millions of fans and talking down to the American voter, so long as it promotes their radically liberal points of view.

Stephen King didn't stop at simple condescension, however. He followed his reported “disappointment” with a series of vicious attacks. White men were at the receiving end of most of Stephen King's anger, because casual racism and sexism is apparently perfectly fine so long as its directed at Caucasians or males.

See what Stephen King had to say about the white male Trump Voter on the next page: