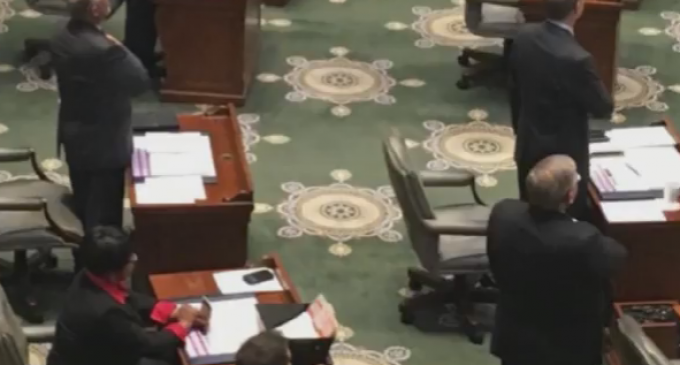 It's been said that you can tell a lot about people by the company they keep.  While we're unware if Missouri State Senator Jamilah Nasheed has ever met 49ers quaterback Colin Kapernick, Senator Nasheed nonetheless has allied herself with Kapernick and what his protests represent.

In a show of solidarity with Kapernick, she remained seated while the Pledge of Alliegance was recited at the state capitol.

Why has this state senator decided to join in on Kapernick's protest?