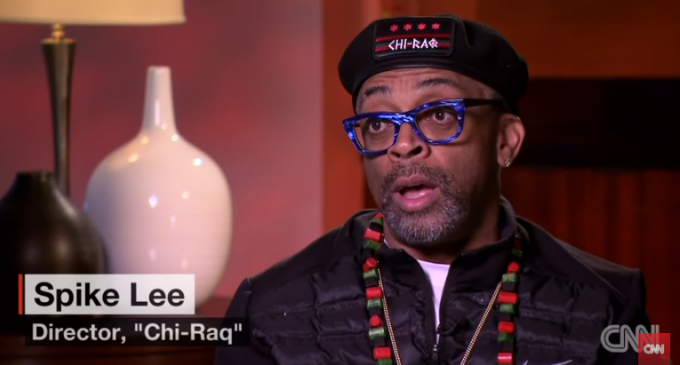 In an interview on NBC, filmaker Spike Lee claimed that Americans don't care about the massive amounts of gun violence because its “not Sandy Hook.”

While Spike Lee attempts to spin Americans' lack of interest in Chicago by insinuating that no one cares because those who are dying aren't innocent, young, white, schoolchildren, he's totally ignoring those who are ignoring the violence in Chicago.

While most of America is pointing toward Chicago as proof that gun-free zones don't work, those who are outright ignoring the city is none other than Black Lives Matter.

The reason for this is obvious. When it comes to Black Lives Matter, black lives only matter when they are killed by white Americans. Because such a huge percentage of Chicago's murders are black on black crime, Black Lives Matter doesn't seem to care.

Check out Spike Lee's interview itself on the next page: