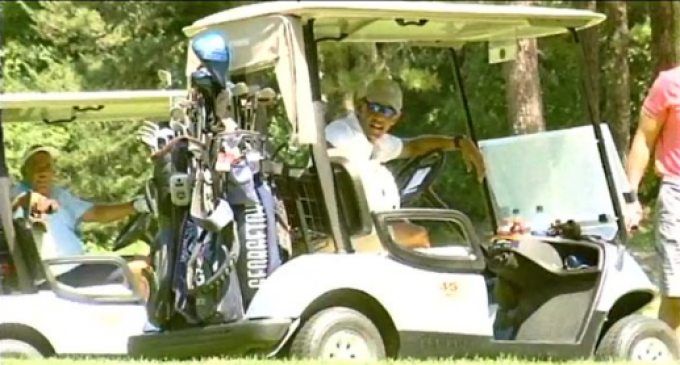 When people want to indicate that someone – usually a politician – has an inappropriately cavalier attitude towards imperative matters, they might compare them to the mad Roman emperor Nero by saying they “fiddle while Rome burns.” In the future, however, people are likely to use the phrase “golfing while Americans get kidnapped” due to President Obama's half-baked counterterrorism policies.

For a good chunk of his presidency, Obama has positioned himself as a more effective leader in the war on terror than his predecessor George W. Bush. And although he and his sycophantic followers love to point out the fact that Bin Laden was taken out on his watch, they're aren't so keen to bring up the fact that terrorists have actually become even bolder and directly attacked Western countries during his time in office.

Needless to say, the jihadists' sudden bravery is tied to the president's own incompetence, prioritizing his golfing habit over the lives of hostages being held by Islamic radicals.

Learn more about how Obama's obsession with golf prevented American commandos from rescuing hostages on the next page: