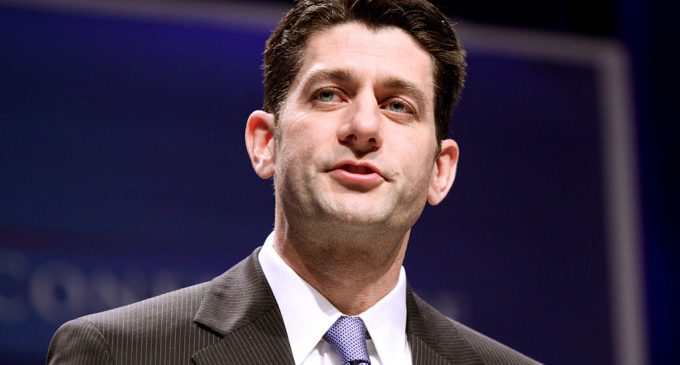 If there was ever any doubt that Representative Paul Ryan (RINO-WI) was a spineless moderate with absolutely no stomach for real confrontation with the Jackass Party members, that has completely vanished in the past few months since Donald Trump was inaugurated.

All of the talk of Republicans doing everything in their power to support their president has since been flushed down the toilet in deference to the Antifa presence right there within the halls of Congress.  Is it any wonder that Ryan has opted to allow many bills by many members to languish in the dust where he has shelved more legislation than he has allowed votes?

Representative Thomas Massie (R-KY) has introduced a very important and timely bill that would allow Conceal Carry Permits to be treated like driver's licenses, in that they could be carried over state lines and recognized wherever they traveled as valid and legal.

However, in his effort to have this important bill seen, heard and voted on (especially in the wake of the shooting of fellow Congress member Steve Scalise), Speaker Ryan has put the bill on the shelf, refusing to allow its exposure!

Read more about this attempt to stall Conceal Carry Reciprocity!