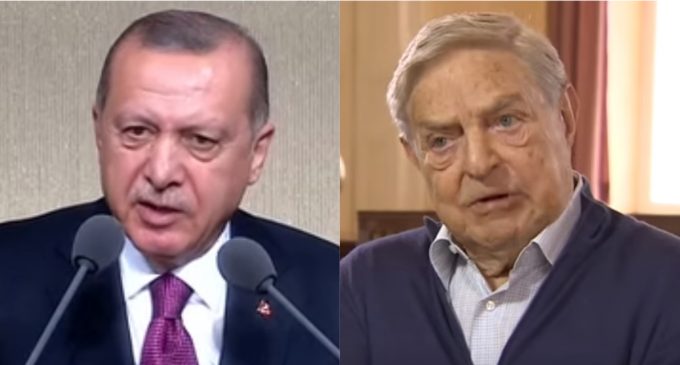 George Soros’ Open Society Foundation announced on Monday that it would cease operations in Turkey after President Tayyip Erdogan accused the billionaire of dividing and destroying nations.

Odd that the foundation would take such an action without so much as a fight seeing how Soros has openly and proudly admitted that “he seeks to essentially wipe out all European borders.”

It would seem that Soros is on the run. Not only has Russia banned Soros's organizations as “a threat to national security,”  but his own native country of Hungary has been battling the so-called philanthropist – and recently scored a major victory.

The Hungarian government has been waging war on George Soros’ influence for quite some time. The Hungarian Prime Minister, Viktor Orbán, has made very brave declarations that the billionaire leftist is “ruining the lives of millions” and that he has “issued a declaration of war” against his own country. Through a  sustained campaign against the efforts of Soros to topple their democracy, the Hungarian government has won a major battle by forcing Soros’ Central European University to move from Budapest to Vienna.

Turn the page for more info on how Soros was forced out of Turkey.