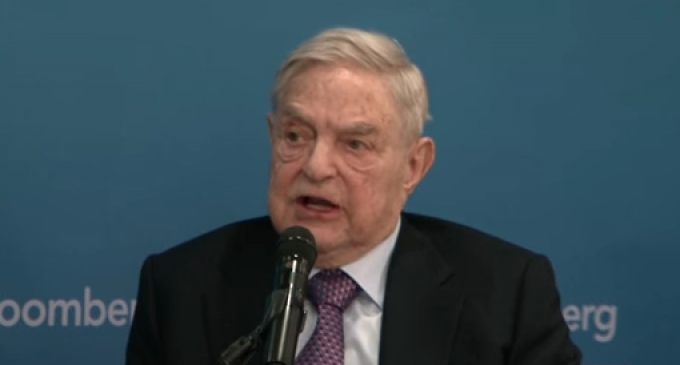 After having failed to prevent Donald Trump from becoming our president, wasting a pretty penny funding 187 groups to attack candidate Trump, Soros warned that his ‘social engineering’ and ‘redistributive policies’ are threatened by ‘fascist’ Trump.

Democracy is now in crisis. Even the US, the world’s leading democracy, elected a con artist and would-be dictator as its president. Although Trump has toned down his rhetoric since he was elected, he has changed neither his behavior nor his advisers. His cabinet comprises incompetent extremists and retired generals.

Talk about incompetent, Soros lost $1 billion following his failed prediction that “Trump will fail and markets won't do good.”

“I personally am convinced that he is going to fail,” Soros told Bloomberg during an interview at the World Economic Forum in Davos, Switzerland. Failure will come “not because of people like me who would like him to fail, but because his ideas that guide him are inherently self-contradictory and the contradictions are already embodied by his advisors.”

Soros does better when he's able to completely control the scene, not when he's up against the likes of the current resident at the White House.
Now the billionaire is pouring record amounts of money into the 2020 election as well as funding the BLM movement. Check out what he's doing in an effort to make his prediction about 2020 come true.