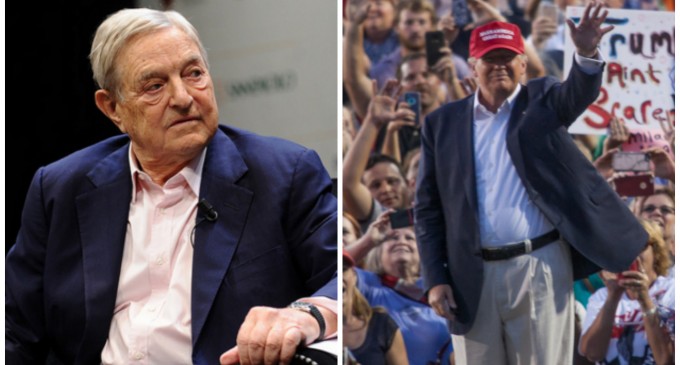 George Soros is alarmed! Pretty good news if you are a Trump fan because the last time George Soros was scared of a candidate, George Soros lost. He was supposed to have spent billions back in the 2004 election to prevent George W. Bush from being elected but ended up going cheap and spending less than $30-million.

To regular folks that means something but when you are sitting on 23 billion, it's less than one percent.

School lunch ladies gave more of their wealth than George Soros ever did.

Not one to be questioned by his adoring media, Soros is on a new mission to defeat Donald Trump.

Perhaps he might even spend actual money this time.

See the next page to find out how serious George Soros is this time.