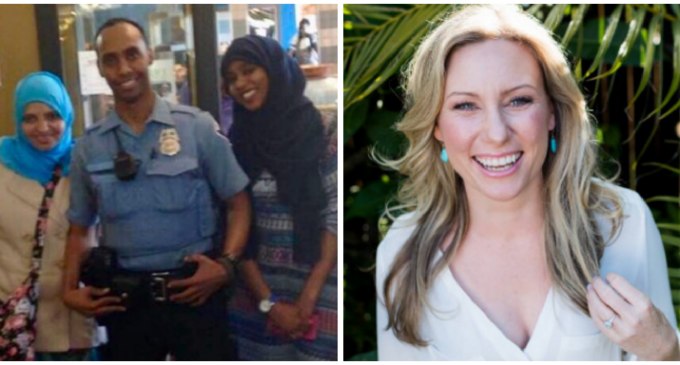 Black Lives Matters have an interesting case on their hands this week. There has been another police shooting. Except in this scenario, the woman killed was indisputably unarmed and speaking to the other cop on the scene about a suspected assault down the alley.

Further adding to the suspicious circumstances is that the cop who shot her, the liberally heralded Somalia American police officer, Mohamed Noor, turned off his body camera first.

We already know we can’t have a White Lives Matters or an All Lives Matters due to white privilege or some other type of liberal manure.

This is not to imply that there isn’t a reason the African-American community feels disenfranchised. Or that they do not present a valid point about a small minority of police shootings.

But, the way we tend to view race relations in America is black and white, us against them, when the reality is every complicated situation in life tends to be grayer.

Due to white people composing more of a majority here in the U.S. in comparison to African-Americans, there is a greater statistical probability that it will be a white police officer making the call whether or not to shoot a suspect. That is simple math. Nothing more – nothing less.

This is the 1st time in recent days that the Black Lives Matter groups have been faced with acknowledging the fact that some African-Americans are employed, as police officers, and faced with similar situations.

But, is it really a similar situation? If we look at the details surrounding this shooting and analyze it with all the vigor of BLMs investigating any type of police shooting (except this one), some shocking disparities can be found. We also find that this particular officer has quite a past.