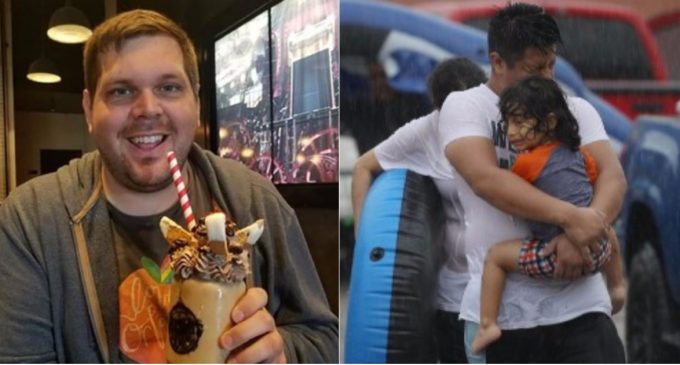 Liberals love to talk about science and the “laws of nature” being responsible for global warming and the weather. But, when it comes to hurricane Harvey, they have a far different take on what happened.

A Sociology Professor at the University of Tampa sent out a Tweet yesterday claiming that the people who died during Hurricane Harvey had it coming.

The Category 4 storm, Hurricane Harvey tore through Texas with 130 mph winds, leaving many areas seeing over 50 inches of rain. At least 9 people have been confirmed dead, and authorities expect these numbers to rise in the coming days.

But, all this according to the “tolerant”, science loving liberals is punishment for the sins of the Texas people.

Continue to the next page to learn why Professor Kenneth L Storey believes the people in Texas deserve to die and suffer.