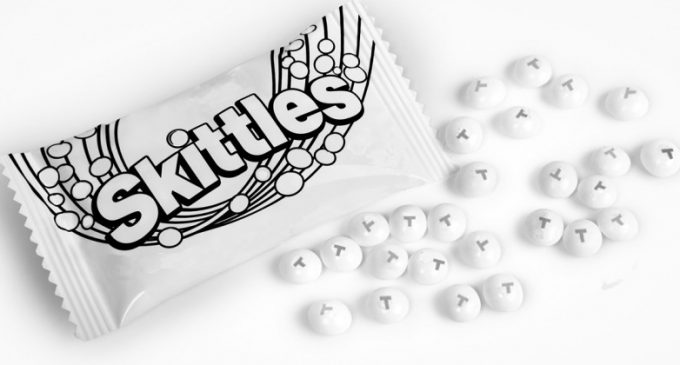 Identity politics has become a heated and tiresome debate since that sees just about everything as racist and oppressive. Apparently anything that is the color white is made by white supremacists, including Skittles. If you’ll recall, last year Skittle introduced a white skittles to celebrate former President Barack Obama declaring June to be “LGBT Pride Month.” Not only was it considered a large step in the movements of the socially conscience it was celebrated by people of all colors. After all, white is the absence of color, but that’s another conversation in itself.

Now, Skittles is being attacked on social media and being called racist by people who clearly don’t remember these white skittles being celebrated last year and released in honor of a black president. Oh well, as long as they have something to complain about, who cares about facts, right? The Twtisphere was alight with the anger of the socially confused.

See what they had to say on the next page.