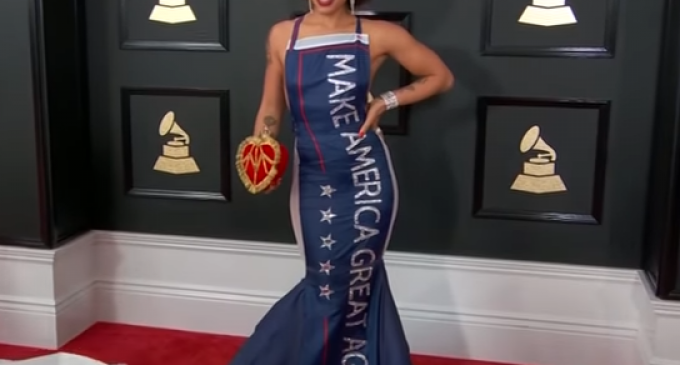 As the first major awards show since Donald Trump's election, the Grammys were bound to get political — and it did.

It should come as no surprise that Katy Perry — an outspoken Clinton supporter — gave the most political performance of the night. She entered the stage with a “persist” armband — a reference to the silencing of Elizabeth Warren — and sang her newest single, “Chained to the Rhythm.” The song criticizes middle America for “living in a bubble,” far away from Hollywood's progressive values.

But Perry wasn't the only one to go political at the Grammys. Another artist beat Perry to the punch, making her statement before the event even began. Surprisingly, her stunt has Trump supporters quite pleased.

Conservatives often complain when celebrities get political, but that's likely because they've never seen a celebrity make a statement quite like this.

See what singer Joy Villa did that has conservatives abuzz on the next page: