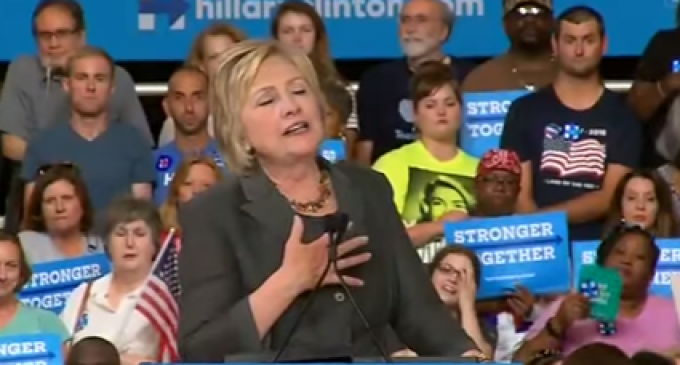 Hillary Clinton has gone over 200 days since she had a proper press conference, and it is for a pretty obvious reason.

Beyond the fact that she would finally have to stand up for her choice to use a private email server and the lies she told in the aftermath of the attack in Benghazi, she's also very bad at responding to criticism from Donald Trump.

Trump has been hitting the former Secretary of State particularly hard since he clinched the GOP nomination, but Clinton has yet to retaliate in any meaningful way. Instead, she has clung to tired accusations of sexism and racism, while attempting to stick to her manufactured grandmotherly image.

See how Clinton responded to Trump's accusations on the next page: