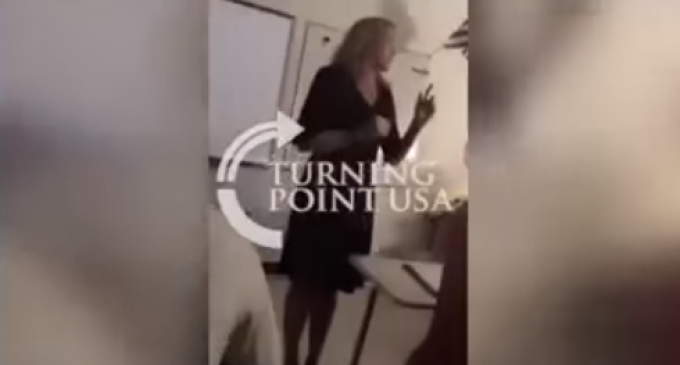 “Make America Great” is literally as dangerous as Nazi swastika to liberal educators in America.

A high school teacher in Woodstock, GA got caught on camera this week attacking conservative kids for believing in their 1st amendment rights and the Constitution at large. Video on next page.

She claims she doesn't want Nazi hysteria invading her classroom. But, isn’t that exactly what she was doing?

He was decades ahead of his time. The world he warned about 30 years ago is now our reality. Entire generations of kids are now growing up without the equipment to as much as define what an actual Nazi is or what the liberal PC police are doing to curb their Constitutional rights.

Thankfully Woodstock GA is hardcore conservative and parents were on guard to bite back at the liberal “educators” propagandists censorship.