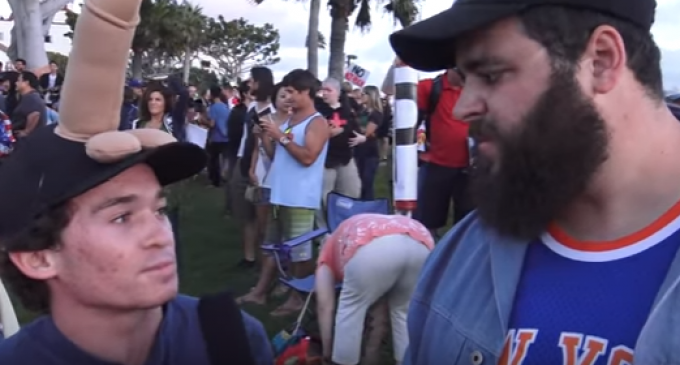 Leftist protesters don’t even know why they’re protesting. And this is terrifying, not funny. Because they are willing to fight for concepts so appalling, so dangerous to human decency and survival, without literally a second's thought.

How has this happened? How do we know these kids can’t tell the words of Hitler from Obama, or even define what the so-called “Alt-Right” or a white supremacist actually are?! That is all on the next page. A video made by comedian/social commentator “Fleccas Talks” gives a 1st hand look at what went down in Laguna Beach FL where a group of Antifa/Alt-Right protesters was sparing. His interviews reveal the collective IQ of an entire army of Antifa members might not even equal 100. And no, once again, this is not funny (well, yes it is, but focus), in context of the big picture.

The left now has an army of deranged little idiots on a leash and if the video on the next page is any indication of the future, they can’t tell a patriot from a Nazi, use no methodology to determine who is an alleged “racist”, and they’re rearing to go beat-up anyone who tells them they are just a bunch of stupid entitled millennial. Watch footage from the skirmishes and see this video for yourself on the next page