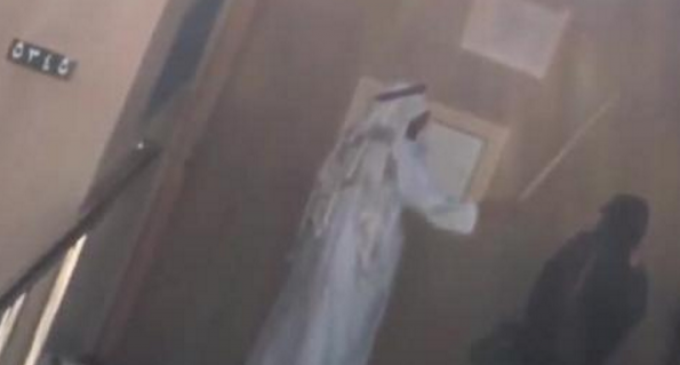 Videos continue to surface in various media channels that show the gross mistreatment of Muslim women at the hands of Islamist men.

The latest examples focus on the requirement for women to wear hijabs or face veils to indicate their subjugation to men as part of Islamic law.

At the same time, leftist feminists in the West continue to not speak out against the misogynistic practices in the Middle East that go against all standards of human liberty. By their silence, they’re allowing these abhorrent practices to become more tolerated in the West.

You can see the latest example from Saudi Arabia where a young man herds high school girls like wild animals with a stick to keep them isolated until their male guardians or drivers show up to get them. It’s all on the next page.