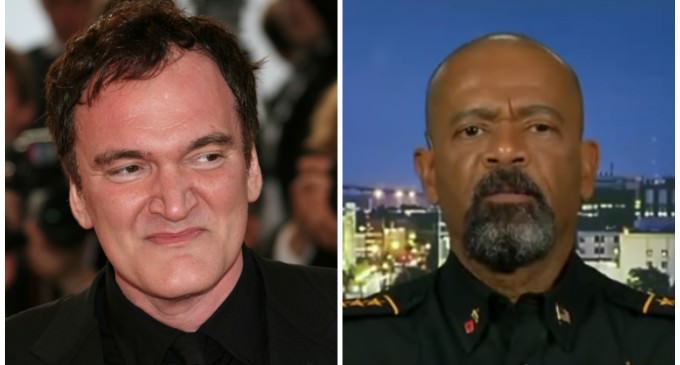 Quentin Tarantino has been under quite a bit of fire recently for his comments at an anti-police brutality demonstration, where he appeared before a crowd of people and called law enforcement officers murderers. Then, during an interview on MSNBC, he called out Milwaukee Country Sheriff David Clarke for attacking him on Fox News.

The funny thing about that statement is that David Clarke had never talked about Quentin Tarantino or talked to him. While Tarantino feels like the attacks being levied against him are a violation of his first amendment rights, Conservative news sources have admitted that they actually want him to keep talking, because every time he opens his mouth, he proves how little he knows about the issue and makes himself look like an idiot.