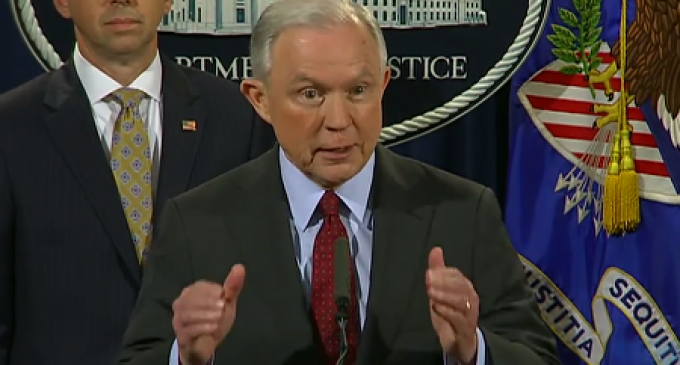 Ever since Attorney General Jeff Sessions recused himself on March 2 from involvement in the current Russian collusion probe conducted by Special Counsel Robert Mueller, various media have tried to use his recusal to drive a wedge between him and President Donald Trump.

In an interview with the New York Times, the president indicated that had he known Sessions would recuse himself from the Russia investigation, he (Trump) would not have asked him to be attorney general. Predictably, his remarks caused a stir in Washington.

Sessions has also drawn scorn from the Right as he announced that he will be greatly increasing the ability for law enforcement to carry out civil forfeitures, which gives authorities the ability to indefinitely seize assets without due process.

On the next page, find out how Sessions is throwing cold water on the possible resignation story and what his continued tenure will mean for the Trump agenda.