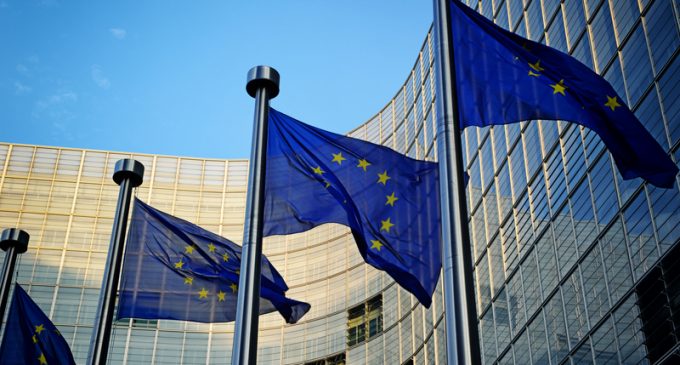 The European Union (EU) as it is known today has existed since about 1992.  There is some debate as to whether it existed earlier than that simply due to sporadic agreements over many decades here and there.  Regardless, it wasn’t until 2002 that the Eurodollar came into use between 12 of its member nations, growing to the present of 19 member nations (out of 28).

When the European Union first made its debut on the world stage, I can still remember the American citizens in this country who had immigrated here from Europe who gloated incessantly over how the Eurodollar was going to destroy the U.S. Dollar and how they were going to dominate the world economy.  There were endless glowing articles, references, and television documentaries and news pieces done in all the Leftist mainstream media about the amazing brotherhood that was displayed in order to construct such a wonderful and peaceful Utopian vision of what the world SHOULD be.

Books were written as well, like T.R. Reid’s “The United States of Europe:  The New Superpower and the End of American Supremacy,” a full 294 pages of spiteful and bile-frothing vitriol aimed at Reid’s own country; an anti-American rant of epic proportions.  Reid cannot seem to hold back his disgust with America as nearly every single paragraph is a practice in the denigration of one of the greatest nations in the history of the world (some might even argue, the greatest of all nations).  The gloating on the other end of the book was just as off-putting, where Reid slathered the boots of the European Union with his tongue secretions to the point where boot-licking seemed an extremely mild way of describing his doormat behavior.  One of the examples of his lickspittle writing was when he bragged about how 22 nations had thrown away their identities by eliminating their national money systems in order to combine into one monetary unit, the Eurodollar.  His boasting revolved around how the Eurodollar was the second strongest currency in the world, behind the British Pound.  I don’t know about you, but I’m not sure that I’d be bragging that it took 22 nations combining their money to just eek out the U.S. Dollar in strength of currency.

Additionally, there was the European Union itself receiving the Leftist-worshipped Nobel Peace Prize (the same that Obama received for his three months of service as President) in 2012.  Yes, the European Union was well on its way to supremacy over everything that lived upon the Earth.

That is until Socialism caught up with the EU.  Let’s just say that it sort of all unraveled at that point.  Now, as if they enjoy self-inflicted wounds, the European Union has decided that it’s now time to build a real army.  Read more on the next page.