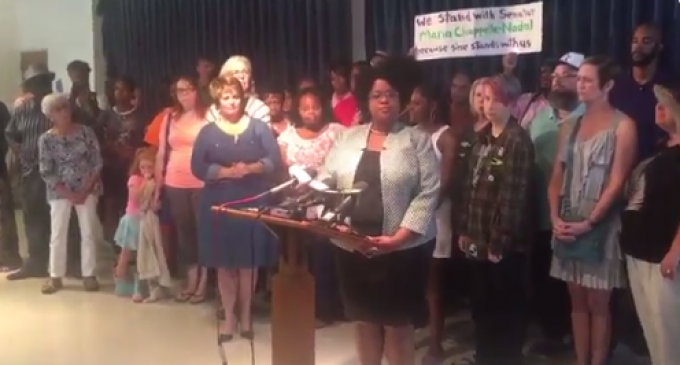 State Senator Maria Chapelle-Nadal, the one who called for the assassination of President Trump, claimed in a bizarre apology (or was it??) video yesterday that her only judge and jury is God.

Which is ironic considering she is being used as a puppet by the Muslim Brotherhood, and U.S. Islamic operatives aiming to overthrow both democracy and Christianity.

They’re taking over the U.S. with the help of hard-left Marxist/Communist domestic terror groups like Antifa, BLM and numerous other small “anti-white supremacist/Nazi” groups forming in droves following the mass planned false flag riots in Charlottesville. These groups are the U.S. equivalent to ISIS, whether they know it or not. As they are being used as operatives for the Muslim Brotherhood. Many of these hard-left mouthpieces, anarchist, and politicians, such as Maria Chappelle-Nadel are calling for the assassination of the President, which will pave the way for a globalist empire ushered in by the backward darkness that is the culture surrounding Islam.