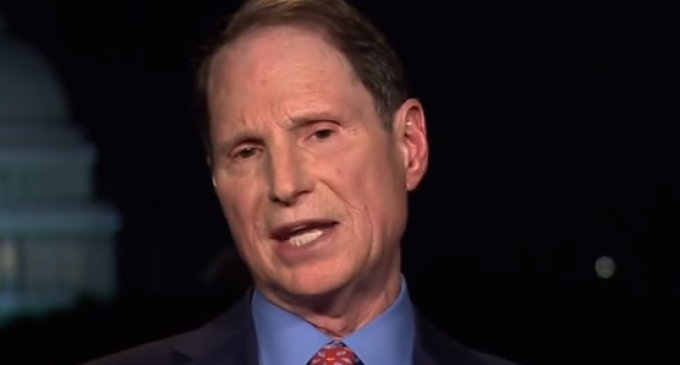 MSNBC's Rachel Maddow is wasting no time making wild accusations against Donald Trump following James Comey's resignation. While it's not surprising that she's attacking Trump, the lengths she and her guests are willing to go may surprise even her most loyal followers.

On an episode of The Rachel Maddow Show this week, Maddow interviewed Oregon Senator Ron Wyden. When asked about Trump's previous business deals in Russia, Wyden claimed that investigators should “follow the money,” suggesting that the trail would lead to potential illegal activity.

While that statement in itself alludes to a crime that doesn't exist, that's not the most absurd allegation Wyden made during the interview. That statement came later — and suggested that the skeletons in Trump's closet may not be as metaphorical as one might think.

See what Wyden said that has everyone talking on the next page: