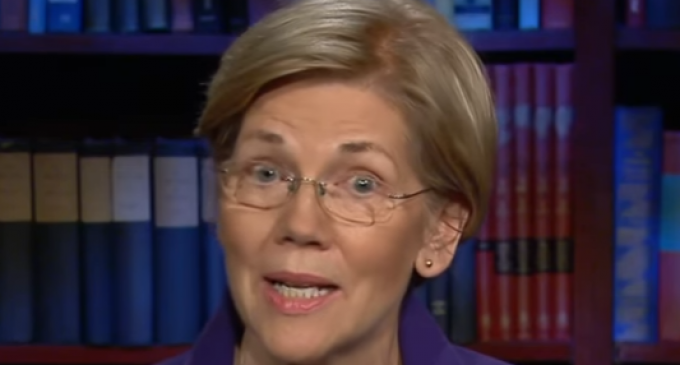 Senator Elizabeth Warren (JA-MA), high cheekbones quivering with anger, was on the warpath at the Netroots Nation Annual Conference in Atlanta where a charming bevy of Jackass Party heavy hitters was paraded on the stage like some queer scene from a Star Wars cantina.  (For all you bristling Regressive idiots, “queer” does actually mean strange or unusual, lest you need a diaper change over the use of that word.)

Warren, whose official Cherokee name is actually “Jackass Braying,” was doing a lot of that at this Regressive event billed as “Miserablism of Liberalism Extravaganza!” (I know it's difficult to say, but they're Leftists.  Whaddaya gonna do, right?)

After a rousing and uplifting Q&A by US Misrepresentative Keith Ellison (JA-MN) which brought the house down after the first Muslim elected to Congress ranted that North Korean leader Kim Jong-un was “more responsible than THIS guy!” (meaning President Trump).  In fact, during his Leftist Utopian, extremely racist tirade against our president, he never once referred to Trump by name, instead preferring to just call him “THIS guy!”

Jackass Braying was just as insulting, but launched her arrows at a different target.  With quiver full and overflowing with barbs and jabs, the senator from the Low Tide State opted to talk about the Border Wall and illegal aliens!

Turn to the next page to LISTEN and WATCH her Leftist Supremacist comments!