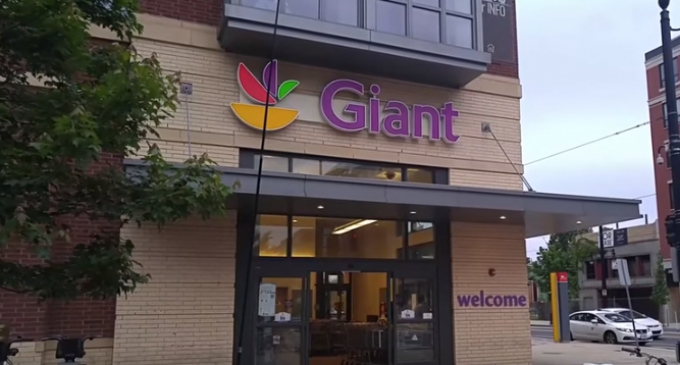 A security guard in northeastern D.C. was arrested on assault charges against Ebony Belcher, a transgender woman who used the women's restroom at a Giant grocery store.

Ebony says that she asked a store employee where the restrooms were and walked passed a female security guard, standing in the hall.

The security guard entered the restroom where Ebony was and told her to get out. She also claims that guard called her “derogatory names”.

The assault occurred when the officer grabbed Ebony's shoulder and arm and pushed her out the store.

The guard told Ebony that a law had not been passed so “you guys cannot keep coming in here and using our women's restroom”.

The confusion is real and the narrative is driven by a President who's plan to alter our nation is in overdrive as his term is running out.  Lame Duck Obama plans to disrupt all that is good and holy in the next 245 days.

Barack Obama has once again acted in the dead of night along with the Justice and Education Departments to decree a sweeping regulation (Obama loves to misuse words, so a Treaty becomes an agreement in order to circumvent established and even Constitutional law, and a “letter” or “regulation” is substituted for a law) to completely redesign society.

The new policy, issued on Friday afternoon to avoid immediate coverage by the press, does not carry the weight of law. However, under the anti-discrimination Title IX, schools that refuse to implement the policy could face federal lawsuits and the loss of billions of dollars in federal aid. That is not much of a choice, writes Truth and Action.

It is no wonder the security guard spoke her mind and forced the transgender out of the store.  The fight for morals and logic is real.