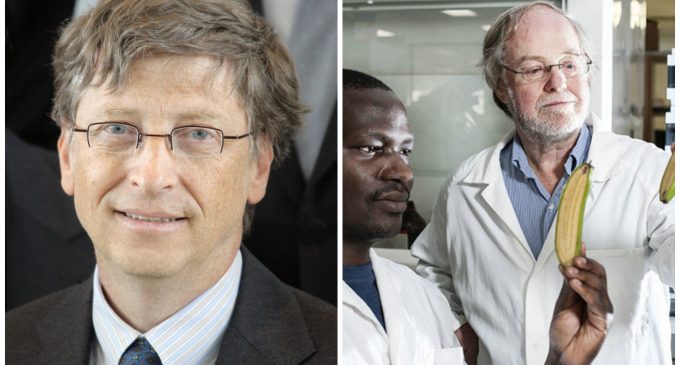 It would be wonderful to see an organization such as “Billionaires for Life” with members using a portion of their immense wealth to improve the human condition worldwide.  Sadly, such an organization doesn't exist. Instead, we get people like George Soros and Bill Gates who fund organizations and causes that treat life as cheap, a nuisance, or as something that must be subordinated to their goals of global governance and de-population.

Not content just to use vaccines in his population reduction efforts, he has turned to genetically modified bananas.  The idea of bananas in particular as a tool for population control can almost sound amusing, like the intro to a joke, but this is deadly serious.  More on page two.