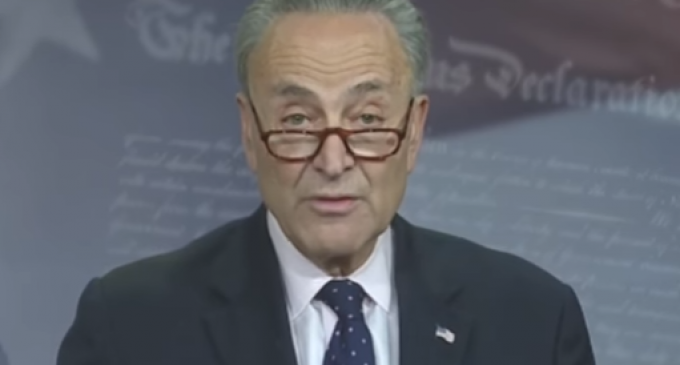 It was a contentious and angry interview on the part of Anderson Cooper as he attempted to force his opinions into the story that had been unfolding regarding the firing of FBI Director James Comey.  News organizations attempting to gather even one scintilla of a soundbite of Kellyanne Conway's responses to questions on the part of the Leftist hack posing as a journalist will be hard-pressed, considering that nearly every single question's answer was rudely cut off before she even had a moment to respond..

The sad reality of the story is that whether Trump fired Comey today, eight months from now, or a day after taking office, the Progressive automatons at CNN, MSNBC and the rest would be out for blood.  And the vampire, Cooper, was ready with fangs bared.

There were so many questions with barbed edges thrown in Conway's direction that she might as well have been strapped to a carnival knife-throwing wheel.  Cooper's frustration was palpable in his words and his condescension for the woman who was defending the president was broadcast in his snickering, smirks and eye-rolling displays.  And be assured, there were more than a couple dozen of such displays.

In the middle of the interview, CNN opted to run a series of snippets during Trump's campaign rallies where Comey was being praised as having done the right thing in reopening the investigation into Clinton's email scandals.  Cooper kept trying to establish that Trump just fired a man that he was proud of and why now?  Intimating with snarky remarks and loaded questions, he made sure to paint in the minds of the two dozen Liberals watching a picture that Trump fired Comey because he came too close to the truth about the president's collusion with Russia.

Despite being asked to read the letter dozens of times in the interview, Cooper brushed off the words of fithe president's letter to pose even more inane questions about the campaign six months ago.

At nearly the same time, Senate Minority Leader, Chuck Schumer (D-NY) took to the podium in a flourish of furrowed brow and table-pounding anger to decry Comey's firing as something…sinister…