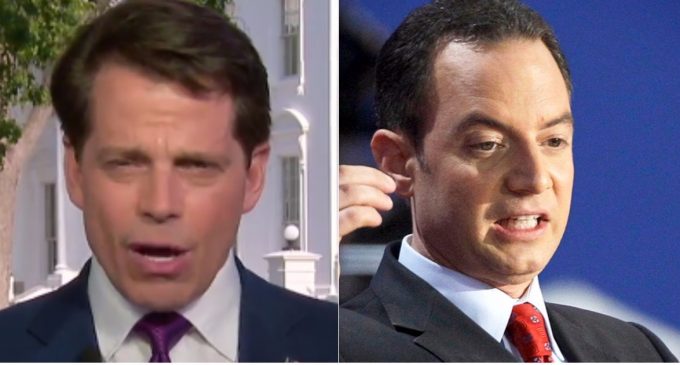 New White House communications director Anthony Scaramucci set off a barrage of speculation with a tweet he sent affirming he’s asking the Justice Department and FBI to look into a leak of his financial disclosure statement.

What set off the frenzy was Scarmucci’s inclusion of a hashtag (@Reince45) referencing Chief of Staff Reince Priebus. The tweet was received by the account’s 690,000 followers.

Some news outlets such as the Drudge Report and New Yorker made the leap to claim Scaramucci was asking the feds to investigate Priebus for the leak.

As the Washington swamp continues to hyperventilate over the slightest hint of controversy, the Trump administration is spending valuable time and resources putting out fires they unwittingly start, or using them to distract a media obsessed with fake news and afflicted with attention deficit disorder.

Find out Scaramucci’t clarification of the tweet on the next page, and learn if it will tamp things down or simply stoke a festering feud at 1600 Pennsylvania Avenue.