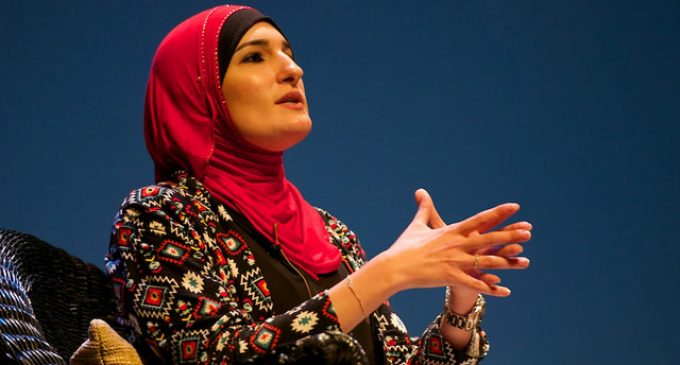 Controversial activist Linda Sarsour continues to blend the best of liberal feminism with radical religious ideologies. She is all for equality. But, don’t be fooled. She still belongs to a certain religion. Sarsour will go all jihad on anybody audacious enough to point out her obvious mental shortcomings.

A student recently asked Sarsour a question regarding her treatment of women by pointing out an infamous Sarsour trademarked tweet.

Sarsour didn’t take too kindly to a white boy attending her event geared towards women and coloreds or respectfully questioning the ethics of her radical tendencies.

So, she did what any woman who “doesn't see color” does to bury talk about nice Muslim women publicly threatening to cut out young girls vaginas.

Continue to the next page to watch Sarsour showcase the brilliant reasoning abilities of liberal Feminist Muslim activists.