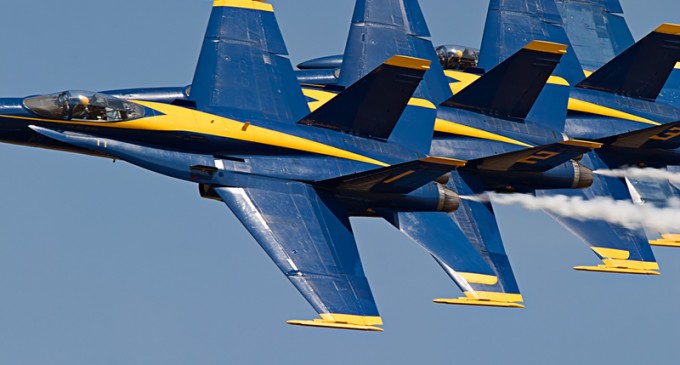 A San Francisco municipal official has apparently endeavored to prove the popular perception of the city as a bastion of loopy liberalism and self-flagellating anti-militarism.

Most Americans are used to occasionally hearing the sound of planes flying overhead, thanks in no small part to sports games and other popular events in which jets ceremonially fly over excited bystanders. An example of such an event is San Francisco's Fleet Week, which takes place ever year and sees the six F/A-18 fighters jets of the Blue Angels squadron pass over the city.

While this has thrilled residents for years, City Supervisor John Avalos claims that many don't feel so hot about the Blue Angels. On the contrary, he argues that most residents oppose the presence of the jets and feel they cause “terror” when “they strafe neighborhoods.”

When one Twitter user challenged Avalos about the validity of his claims by noting the jets were more popular among San Franciscans than the city's Board of Supervisors, the official countered with an incendiary comparison to the popularity of segregationists in the Jim Crow South, saying that it “didn't make them right.”