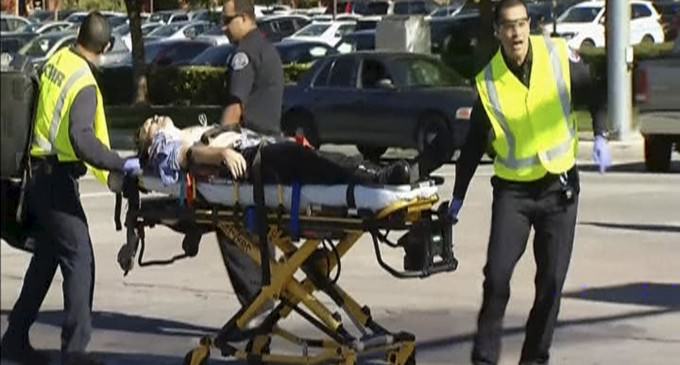 The massacre committed Wednesday in San Bernardino, California by a Muslim couple disguised in black battle togs has taken a troubling turn. The reports coming out of the Middle East are of Islamic calls for the destruction of the U.S., Israel, and Western civilization in general, with the grisly murder of 14 people attending a workplace party being cheered by the heartless Muslim groups made up of ISIS, Al-Queda, Boko Haram, and a mix of other Islamic terrorist groups.

Although President Obama is unsure if it was merely workplace violence or something more, most rational human beings recognize it for what it is, which is an attempt by Islamic terrorists to bring down civilization and harm the vulnerable.

But in Obama's world and that of his left leaning allies and acolytes, normal, every-day observation and recognition that some behaviors or activities are odd, anti-social, or out of place are signs of discrimination and bigotry. The political correctness police have declared such observations, certainly if they are made by a Caucasian, and specifically if they are made about one of the many self-declared protected groups, as bigoted, biased, and essentially false, no matter what the evidence.

And so we come to the tragedy in San Bernardino, one that might have been circumvented had it not been for the PC police that condemn those would would speak out about suspicious behavior because of the appearance of the actors involved in said behavior.