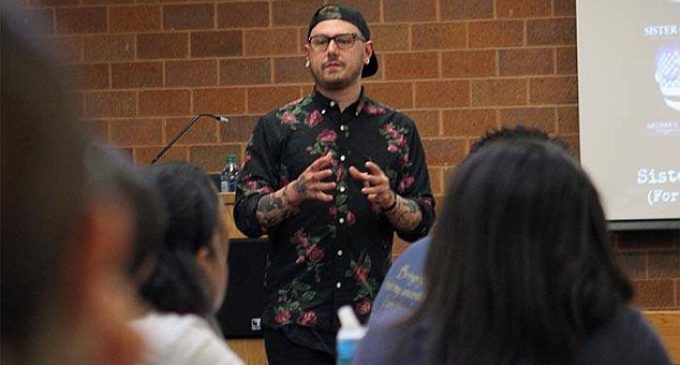 Twitter can be a very effective way of communicating, as President Donald Trump has demonstrated, but others haven’t quite mastered the social media platform.

A New Jersey professor in gender, sexuality and women’s studies keeps landing in trouble for his controversial political views.

His most recent foray in Twitter trouble centered on a tweet in which he expressed his hope that someone would kill President Trump. He tried to reframe the tweet less as a direct threat and more as a wish, but it just didn’t wash.

The Twitter adventures of Kevin Allred have cost him jobs in the past, so one has to wonder how he keeps landing college gigs. Don’t college administrators have minimum standards for employees?

A long time Trump hater, Allred is vying hard to be the poster boy for Trump Derangement Syndrome (TDS). Perhaps one of his former employers could create a fellowship to develop a vaccine for TDS before professors like Allred turn it into an epidemic.

On the next page, learn exactly what tweet landed him again in hot water.