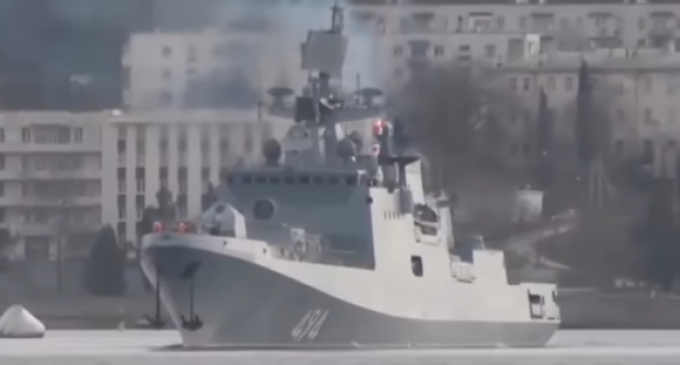 Recent developments in the Middle East have many concerned about the potential for the Syrian conflict to expand into a full-scale world war.

This week, after Syrian president Bashar al-Assad used chemical weapons against this own people, the American government destroyed the Syrian airbase from which the attacks originated. Putin, who has repeatedly demanded that Assad

Putin, who has repeatedly demanded that Assad remain in power, was quick to condemn the American retaliation. After the bombing, he claimed that the U.S. airstrikes violated the “norms of international law.”

Now, the movement of Russian warships have many observers on-edge.

It's quite the break from the media-driven narrative of Putin-Trump collusion. But fear of Russian retaliation may be just as far-fetched.

Discover why many are worried about Russia's plans in the region on the next page: