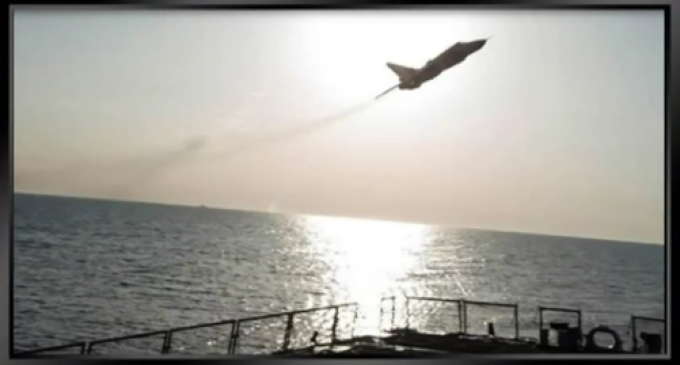 During the cold war, a geopolitical game was played by opposing nations called brinksmanship. It was a dangerous and idiotic testing of wills to see how far a nation could go and which nation would blink.

The ultimate test of brinksmanship came when the Soviet Union tried to place ballistic missiles (very likely with nuclear warheads) in client nation Cuba to threaten the U.S. The U.S. sent out warships to head off the shipments, and though the negotiations were rancorous and very tense, the Soviet Union ultimately backed down and the Russian ships returned home without delivering their dangerous cargo. World War III narrowly was avoided, and what it took was a strong U.S. military to respond if needed, and a resolute president who was willing to stand up to the Russian premier, Nikita Kruschev.

We are seeing a new and ongoing display of aggression and brinksmanship by Russian President Vladimir Putin as he pushes to return Russia to international eminence after the nation’s economic and political meltdown in the 1980’s. Back then the strong U.S. leader was President Ronald Reagan. He demanded that Russia “tear down the wall” between East and West Berlin, which truly started the end of the cold war along with a precipitous Russian decline.

Russia is a bully, and Russian leaders understand strength, not diplomacy. Putin is anxious to restore Russian “glory,” and has been projecting power against a number of U.S. targets recently, with the world is waiting to see if President Obama is up to the challenge.