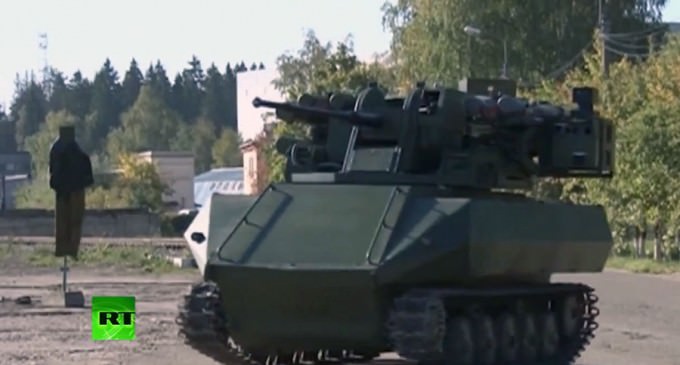 There's been quite a bit of news coming out of Russia in regards to new weapons that have either been completed or are in the works. Up until now, the most troubling of these weapons has been the nuclear submarine drone they're working on, but now a Russian company has successfully tested A.I. software capable of undertaking decisions on the battlefield without any human intervention.

This sounds familiar. If you've ever seen the Terminator franchise, they tried something similar, and it didn't exactly work out well. And it started with the same thing the United Instrument Manufacturing Corporation is trying to create, civilian robots with enough artificial intelligence to perform complicated tasks on their own.

Read more about these robots on the next page.