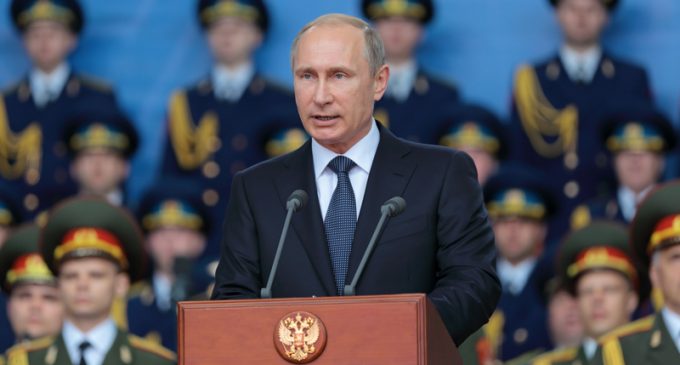 Russian officials are playing up a U.S. airstrike on a Syria regime aircraft that the Air Force claims had just dropped bombs on Coalition targets.  In response, the Russian defense minister has determined that this “act of aggression” toward Kremlin-backed Syrian government forces warrants a complete halt of communications with the U.S.  The defense minister, Sergey Kuzhugetovich Shoygu, claims that the American military violated the agreement under which the visiting forces are loosely bound.  Shoygu announced that it would be tracking U.S. aircraft bearing weapons through certain provinces.

The so-called agreement is a set of policies brought about by the Syrian Idlib Governorate between Russia, Turkey, Iran and the U.S., but has been a source of contention between both Russia and the U.S.  While the agreement is not written in stone, it is ostensibly to keep the crowded airspace over Syria organized and help to avoid mid-air collisions and “misunderstandings of intent.”  In other words, it's supposed to keep certain aircraft in certain “safe zones” that will facilitate the stated purpose of the agreement.

However, over a month ago, opposition groups to the Syrian regime accused Russian aircraft of striking their forces in the Hama district.  Russian officials quickly dismissed the reports as “Western nonsense” and said that Turkish military experts tipped them off to the presence of Al-Nusra terror forces in the area of the bombing.  Of course, that was said to be nonsense itself.

Once the Tomahawk missile launch took place last month, Russians feigned outrage and threatened to shut down the agreement, which of course was not a binding treaty anyway.  In fact, the agreement was not even something that the United States was particularly interested in when the agreement was said to have been initiated.

As previously stated, this Russian alliance with Turkey and Iran is just a pretext for a wider expansion of the Shanghai Cooperative Organization that, in essence, is on the brink of aligning with more than 15 nations, many of which are outright hostile to the United States and its allies.

What is telling about this Russian reaction to the downing of a Syrian regime aircraft is that the Russians are still only on the cusp of condemning the U.S. outright because of its personal knowledge of the missions being flown by the government of Syria.  So why is this agreement so sacred to the Russians and Syria if America is going to be disregarding its edicts?  Follow the story on the next page…