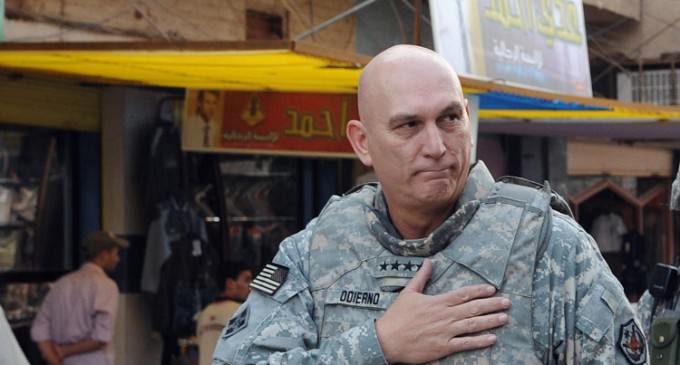 With eyes focused on ISIS and Iran, it is easy to ignore other eminent power struggles in the world, but General Odierno states that, “Russia poses the most “dangerous” threat to the national security interests of the United States”, according to Breitbart.

Friday will mark the day of General Raymond Odierno's retirement as Chief of Staff for the Army.  After serving  for nearly 40 years,  his resume is quite remarkable, as he once served as the top US commander in Iraq, but now he is ready for civilian life.  Yet he is not leaving without sharing words of wisdom, based on years of successful service to those in attendance at the Pentagon.

Get more insight into the Russian danger on the NEXT PAGE: