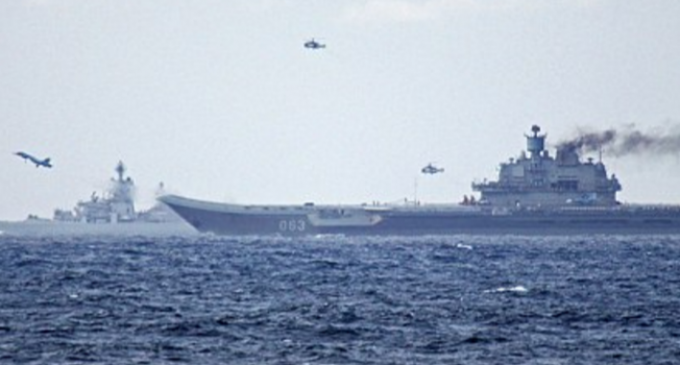 In 2009, Hillary Clinton presented Russia with a big red button labeled “reset.” It was supposed to be a representation of the new era of Russian/American relations. The Obama Administration heralded the moment as a transformative event.

But nothing changed. If anything, things got worse.

In 2014, Russia annexed the Crimean peninsula and threatened war against our NATO allies in the region. This year, Russia has begun bombing the Syrian city of Aleppo, stopping NATO humanitarian aid in its tracks.

Earlier this month, it was reported that Russia was in the preparation stages of war. They engaged 40 million people in a military exercise while the U.S. was  “distracted with tapes and emails.”

Now, it looks as if the western world is responding to Russia’s massive deployment, and preparing for war, as well.

See the evidence of this development on the next page: