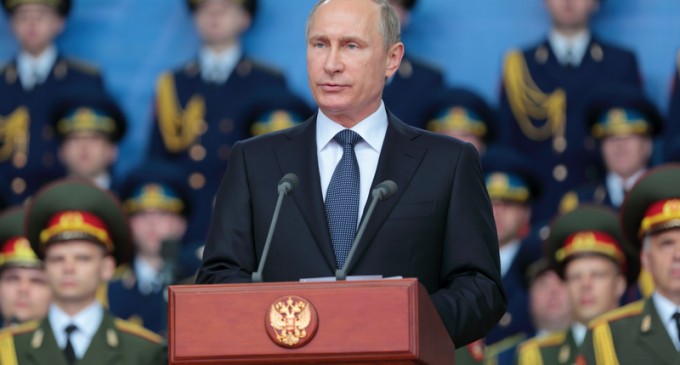 Although many Americans are too young to remember the Cold War, just as many are old enough to not only remember it but also know that a second one is the last thing we need.

Unfortunately, it seems like politicians both east and west have taken it upon themselves to revive that terrifying and potentially-catastrophic conflict. We're not quite at the point where we're learning how to duck and cover in school, but things are definitely much more concerning than they were, say, even five years ago.

Part of this is because our government has allowed itself to become distracted from keeping the country safe from terrorists and instead provoke Vladimir Putin, but its also due to the fact that the Russians have started to reassert themselves on the world stage. It's not clear how this will all end, but judging by the most recent developments, it not's going to be pretty.