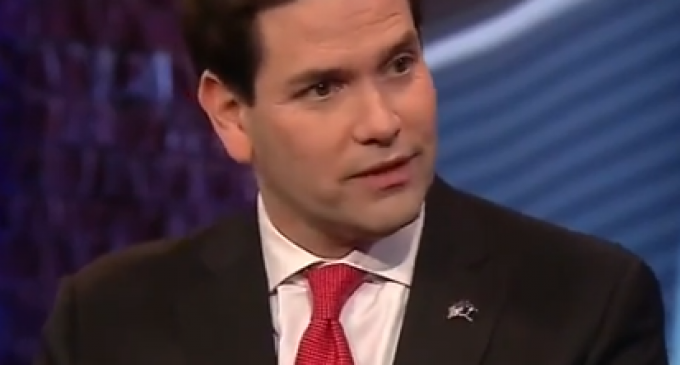 Senator Marco Rubio (R-FL) has captured the attention of the left by siding with the common progressive idea that American police departments are victimizing black Americans. It was during Wednesday's CNN townhall that a questioner asked Rubio about race relations, which made no mention of police officers or law enforcement, that Rubio made these comments, leaving many Conservatives to wonder which side of the political aisle Rubio truly stands on.

Like many candidates on the left, Rubio cited law enforcement as the main reason for racism. He claimed to have “personally seen” minorities targeted by police officers. He then went on to say that America cannot fulfill its potential as a nation unless the issue gets addressed. This sounds an awful lot like the rhetoric used by the Obama Administration. Last year, Rubio even sided with the Black Lives Matter movement, stating that their resentment of law enforcement was understandable. This prompted the DeRay McKesson of Black Lives Matter to reach out for a meeting.

Read about the contrast between him and Donald Trump on the next page.