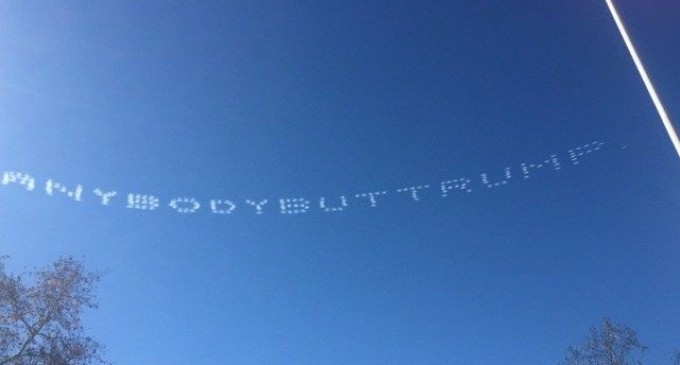 Have you seen the anti-Trump skywriting efforts in the skies over the Rose Bowl this week? If so, you'd be excused if you thought that a Democrat was behind the stunt that called Trump “disgusting” in huge letters over the Los Angeles skyline.

You would, however, be wrong.

As it turns out, the message was bankrolled by none other than a multimillionaire donor of the Marco Rubio campaign.

He doesn't stop there, though. When he says “Anybody but Trump.” he means it, as he's even stated publically that he would support Democratic frontrunner — and enemy of the GOP — Hillary Clinton over the billionaire business mogul.

If the establishment hadn't shown yet how desperate they are to keep the White House in the hands of the D.C. Elite, they sure have now. Not only was the stunt in bad taste, but it showed just how irritated the political class is with Donald Trump.

Learn more about the man behind these efforts on the next page: