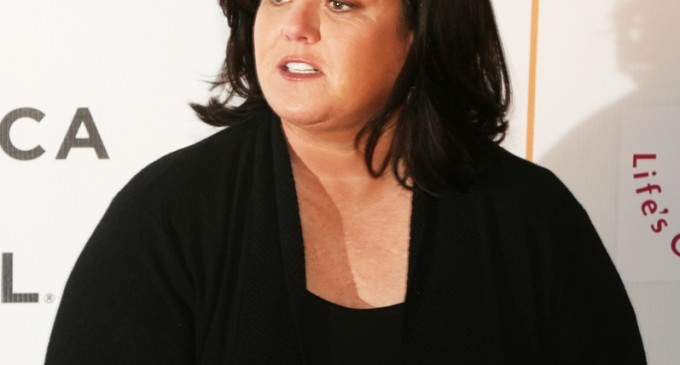 There must be something about being a liberal celebrity that makes you think that you're more important than you actually are and that people actually give a damn about what you're saying.

If you're planning on moving to Canada should Donald Trump get elected, not only will Americans help you pack your bags, they'll probably also call Canada to apologize. That being said, Rosie O'Donnell would definitely not be missed.

Adding fuel to her longstanding feud with Donald Trump on Tuesday, she claimed that the “innate humanity” of American voters will ultimately ensure that Trump is never elected President.

Let's take a moment to examine the contradiction in “innate humanity”. Her attempt to act intelligent only further showed her severe lack of intelligence. Because people are human beings, humanity isn't an innate quality.

O'Donnell told Variety on Tuesday that Americans have sensible nature and won't vote for Trump.

If they truly had sensible nature, they wouldn't be voting for Hillary.

Read more of her obnoxious insults on the next page.