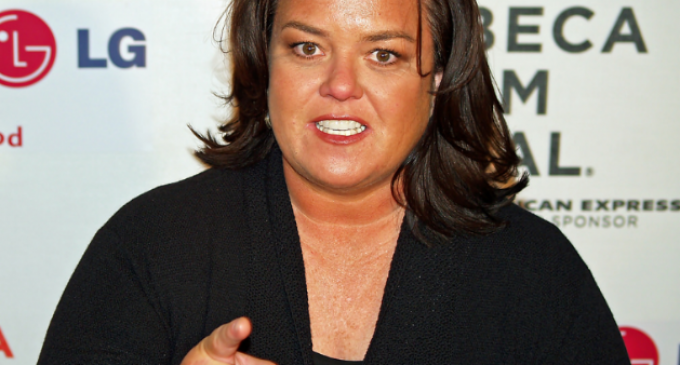 Liberal mouthpiece Rosie O’Donnell said during the 2016 presidential election that Donald Trump couldn't ever become President because his mouth “looks like an anus.” Here we have yet another woefully unfunny “comedian” that uses superficially shocking statements in a futile attempt at humor.

Rosie's family life hasn't worked out very well, seeing how her ex-wife committed suicide and adopted daughter refuses to speak to her. So O’Donnell has been forced to devote all of her time playing up to the only group left as riddled with problems as herself, the Democrats.

Check out the felony Rosie appears to have committed trying to block President Trump’s tax bill: