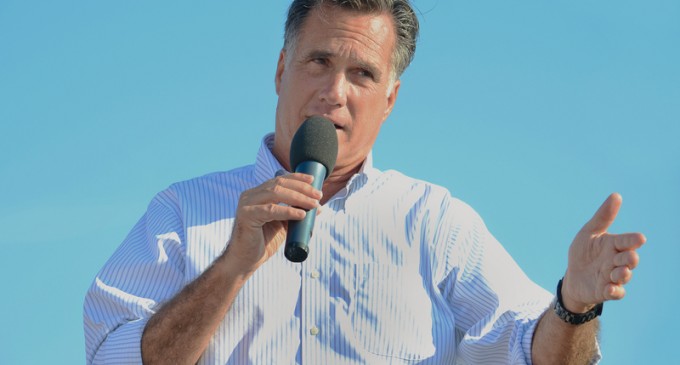 The establishment wing may have failed in their efforts to thwart Trump, but they sure haven't shut up.

Mitt Romney, the ultimate establishment politician, and ultimate #NeverTrump crusader, spent months doing everything in his power to keep Trump from becoming the nominee. He backed multiple candidates — often at the same time — raised money, and campaigned for fellow insiders. While he ultimately failed to swing the needle, his intense rebuke of Trump's candidacy no doubt hurt Mr. Trump's standing among establishment voters.

Attacking fellow party members is nothing new in political primaries — it's part of the process — but most politicians back down once the nominee becomes clear. They tone down the rhetoric and back their man.

Mitt Romney, however, isn't apologizing for his attacks on Trump. I'm fact, he's saying that the damage he did to his party's nominee brings him solace.

See what he said in he next page: