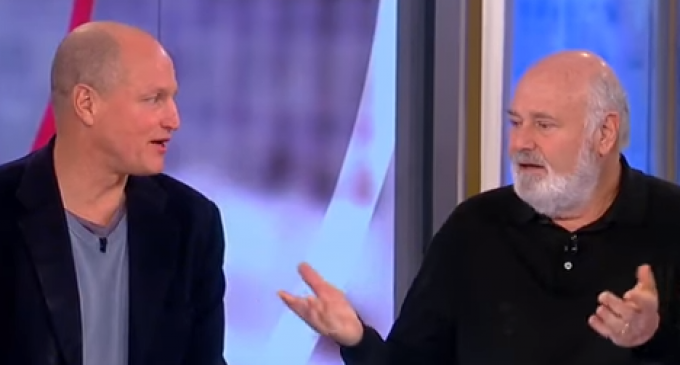 Award-winning actor/director/producer Rob Reiner has been involved in many different films that have portrayed people in pain and in turmoil.  With some amazing life's work like Stand By Me, The Princess Bride, When Harry Met Sally, Misery, A Few Good Men, and Bucket List, Reiner understands human nature and its intricacies.

Recently, Reiner has been involved in a series of political groups and organizations dedicated to taking on both the Trump administration and the Russian government and its alleged influence in the most recent elections.  His passion for the subject of politics is palpable and he is an outspoken critic of the current president.

The Hollywood mogul is the son of Carl Reiner, who created and starred in the Dick Van Dyke Show, a tremendously popular television show back in the day when comedy was in its heyday.  With that type of DNA, there's no doubt about his talent and the strength of his viewpoints.

While visiting the set of The View, he joined an old associate, Woody Harrelson, to discuss their new movie, “War For the Planet of the Apes,” as well as other subjects of interest, including his thoughts on the Trump presidency and how he views the real estate baron turned Commander-In-Chief!  Turn to the next page to watch his segment!