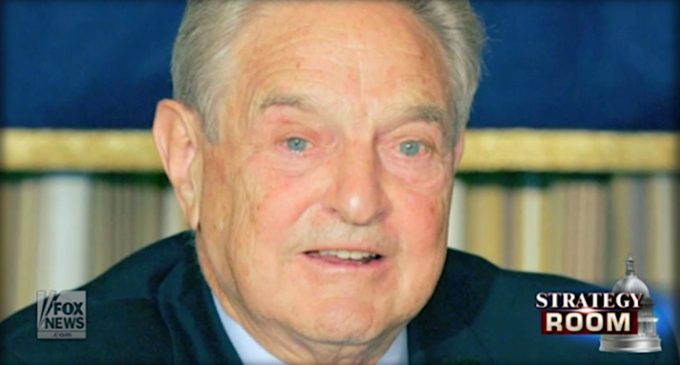 George Soros, friend of the Left and Hero to Fascists everywhere is funding a lot of organizations of late, especially in light of the fact that a Republican won the White House.

On his evil agenda of things to do this year, right between killing puppies and deifying Barack Obama, is the ultimate goal of ensuring that the United States of America doesn’t have another free and open election ever again.

In an effort to shut down free speech, he has brought all his substantial largesse to bear against true Conservatism by enlisting the assistance of anarchists like Bill Ayers to bring down societal civility and transform it into a Fascist-like state of authoritarianism and enslavement of intellectual pursuits.

The March for Science (or a Day Without Boredom) has come and gone and few people noticed.  Washington, D.C. has indeed become so accustomed to the strangling presence of gang-like protest groups foul-mouthing their way up and down Pennsylvania Avenue, that they are nearly invisible to the locals.

Many of the Leftist media follow these protests with bated breath and salivate along behind them with pre-written narratives forwarded to them by the Evil Puppet Master and his Fascist minions.  NPR laps up these speakers with greedy joy and pump out the message to all their automatons, preaching the message of Progressivism like no others can.

The next incarnation of Soros’ plans of global domination is took place on Saturday, April 29th.  The People’s Climate March was touted as an in-your-face protest against Donald Trump and over 50% of the voting public. Now it has been revealed exactly how much money Soros threw into the event.

For his part, George Soros is hoping that the more marches that are taking place in Washington to snarl up traffic, the better his chances of turning public opinion against Trump and the horrible “climate change deniers.”

Read more about which organizations are behind this sham march.