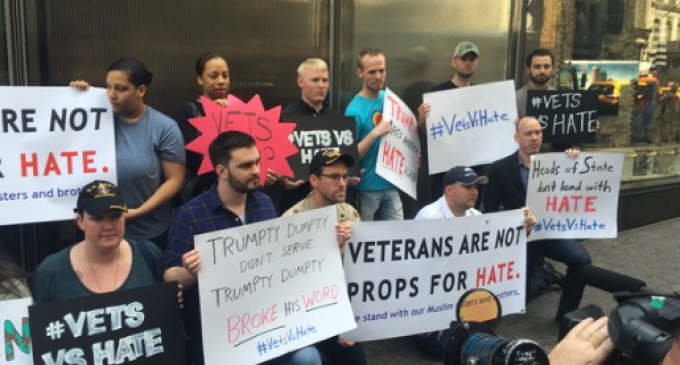 A spokesperson for the demonstration claimed they had no association with Clinton or her campaign, later, they changed their tune a bit, saying that they had reached out to the Clinton campaign for press contacts, but “that’s all.” Following that statement, they finally admitted that the Clinton campaign had organized the protest, but they had told the protestors not to make it look like or tell anybody who was actually behind it.