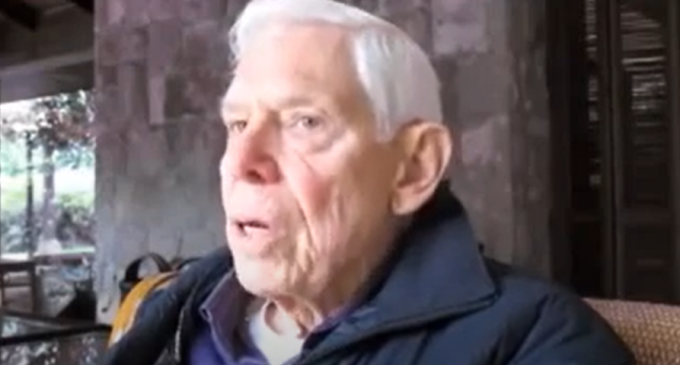 Albert N. Stubblebine III was a retired Major General in the United States Army. He passed away on February 6th, 2017 but recorded a very compelling interview before his death about the 9/11 attacks, claiming that he could prove it was not a plane that his the Pentagon.

While Stubblebine says he initially believed the initial narrative, but after carefully examining the partly-destroyed Pentagon he changed his mind about what happened.

“And then one day I saw a picture – it was a photograph of the Pentagon and the hole in the Pentagon.