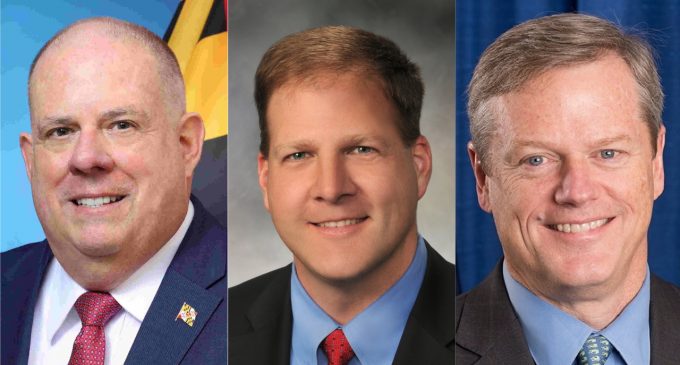 With a Democrat-steered impeachment inquiry in the works for President Trump, it is no big surprise that GOP Republicans-In-Name-Only (or RINOs) are running for the hills.

While most of America yawns at the current set of new “credible allegations” and “existential threats to democracy” thrown out there in flailing fashion by the Democrats, Republicans in Blue districts are nervous, asking themselves the logical question, “Should I say that I support the impeachment process or should I stay true to my inner self?”

There are a number of GOP governors who rule over very Blue States and those are about to be revealed to you in bold technicolor. In fact, two have already come out of the woodwork to support impeachment!

Turn to the next page to find out who these RINOs are and how they could likely win reelection in their states by merely supporting the ultimate removal from office one of the most successful presidents of modern times!